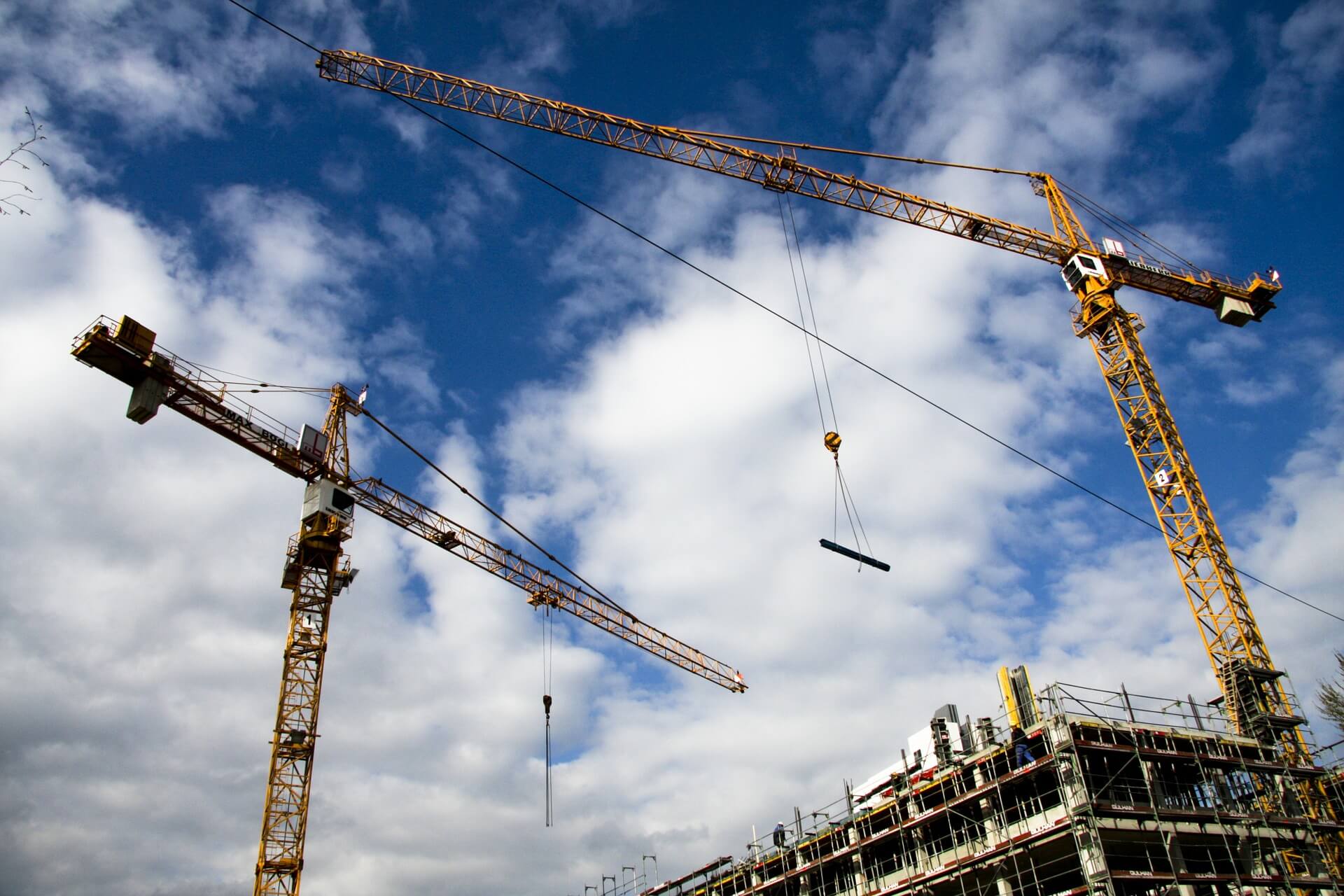 Worldwide urbanization is on the rise, and with it the use of heavy machinery. Toxic emissions, greenhouse gases (GHGs) and particulate matter (dust or soot) from machinery used in construction are major contributors to air pollution, global warming and long-term, worldwide climate change. According to the UN Environment Global Status Report 2018, building construction contributed to 11% of energy-related carbon dioxide (CO2) emissions in 2017. In 2016, the Canadian construction industry alone contributed 7.1 of Canada’s 19.5 megatonnes of carbon dioxide equivalent (MtCO2e).

Much of the focus on green building has revolved around energy efficient design and materials for long-term GHG reduction, rather than reducing the immediate problem of worksite emissions and using clean energy during the construction phase. While energy efficient buildings are paramount to the future, it is also important to consider the global impact of the building process. Below are three ways in which the construction industry can work towards lower worksite emissions, and how even a local business can make a positive impact.

For years, the Canadian Environmental Protection Act (CEPA) has been working toward stricter emission standards for diesel engines used in construction and development. The current Tier 4 diesel engine standards have been in effect since 2015, and have reduced particulate matter and nitrogen oxide (NOx) emissions by 99% compared to levels in 1996.

Europe has developed Stage V emission standards for industrial engines, which are even more stringent than the Tier 4 standards used in North America. Stage V emission standards took effect in January 2019, and further reduce the harmful substances emitted in exhaust. European engine manufacturers like Volvo and Hatz quickly adapted their engines without sacrificing the quality that customers are used to. The hope is that North America will also adopt these regulations to further reduce toxic emissions in coming years.

Biodiesel is primarily produced from renewable agricultural resources, typically soybeans and palm oil trees. Most major engine and heavy-duty truck manufacturers have approved the use of their engines with up to a 20% biodiesel blend, which provides similar horsepower and mileage as diesel. Using a biodiesel and petroleum blend in engines and heavy machinery can reduce particulate matter and hydrocarbon emissions on a worksite.

Most biodiesel is created from plants, which use CO2 in photosynthesis while they are growing. This helps to offset the CO2 formed by burning fossil fuels. Other sources of biodiesel include slaughterhouse waste, agricultural surplus or restaurant cooking oil, which would otherwise be destined for the landfill. In this way, biodiesel has more positive environmental repercussions than traditional fossil fuels.

The cost of electric machinery is certainly the largest barrier to adoption in the construction industry. Because electric and battery powered construction machinery is not yet mass produced on the scale of those run on fossil fuels, the production cost is substantially higher. This makes the market value less competitive, and less likely to sway businesses to purchase based on price alone. There is also the additional cost of battery replacement and electric motor maintenance; it can be more expensive and more difficult to have them maintained in areas where adoption is low. The move to electric will ultimately be driven by larger firms, capable of taking on the initial expense associated with electric machinery.

The auto industry has made a significant push towards hybrid and electric vehicles since the birth of the Toyota Prius, and government emission regulations have followed suit. By 2025, less than six years away, 10 percent of all cars sold in British Columbia must be zero-emission. A mere 15 years from then, in 2040, the sale of fossil fueled cars will be banned. Manufacturers like Daimler Trucks North America and Tesla have introduced electric heavy-duty truck models, with government subsidies available. However, this legislation, the most aggressive in North America regarding fuel-burning vehicles, does not yet apply to off-road engines and heavy equipment.

Despite multiple federal regulations regarding emissions, Canada will still not meet their 2020 reduction goal set at the Copenhagen Accord, and will have to take drastic action to meet the Paris Agreement target for 2030. Governments committed to reducing fossil fuel should provide subsidies not just for electric cars, but also for electric construction machinery. Financial incentives are required to encourage companies to invest in electric and battery powered equipment, ultimately reducing hydrocarbon emissions.

A Place to Start

Anyone interested in improving their environmental impact within the construction or development industry in Canada should consider becoming a CIPEC Leader. Canadian Industry Partnership for Energy Conservation gives members, at no cost, access to apply for cost-shared assistance for energy management projects through Natural Resources Canada. While NRCan does offer financial assistance for projects “intended to improve industrial energy performance and reduce GHG emissions”, equipment purchases are, unfortunately at this time, ineligible.

If you need more inspiration on how to drive change within the industry, look to Norway, where they are pioneering fossil fuel-free construction sites. Oslo updated its procurement practices to favour contractors focussed on clean energy and reducing worksite emissions. The competitive advantage of having a fleet of electric vehicles is huge, if anyone could afford them.

Get in touch with us about our zero-emissions mini cranes.